4 Reasons Why Most Launches Fail

90% of first launches fail. A staggering statistics but I’m here to prevent your launch from falling under that percentage.

If you’ve already had a launch fail, don’t worry, it happens to the best of us.

4 Reasons Why Most Launches Fail

And how to make sure your launch is successful!

People see launches from others and try to mimic without knowing their strategy, the launch fails and they wonder why. Every launch MUST have it’s own unique launch strategy to be successful. You must know what channels of marketing will be included, how you’ll promote, the goals and deadlines, as well as the scheduling of every email and social media posts. A good launch strategy also has a PLAN B.

Having a successful launch isn’t just about the launch… It’s also about having a proven system that get’s people RESULTS. If you’re guessing that your program or product will work, then you need to hold off on launching. Instead work on BETA testing out your system. This will ensure that it not only works but that you also have RAVING testimonials that your future ideal customers will read.

On average, only 1 – 3% of your list will purchase during your launch. Most launches fail in the beginning because not enough seeds have been planted to sprout. This goes back to the strategy as well, list building is a MUST during a launch to bring fresh new people who are eager to get results.

Didn’t fully commit to the Launch

When a launch isn’t going as planned, initial reactions for women are to shut down, feel disconnected with the launch and their list. This is actually the opposite of what you should be doing. You MUST fully commit to your launch and see it through. Most people don’t even purchase until the last day and if you stopped being fully committed to your launch three weeks ago, you may have lost valuable buyers! 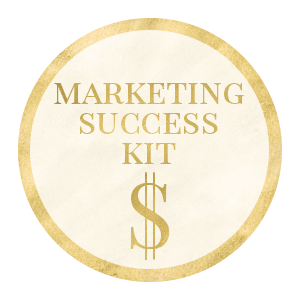