You Could Create Your Own Economy

WOW! What a powerful statement.

I was being interviewed about what I’ve created in my business and they said that I was “creating my own economy”. One of the most powerful and truest statement that someone had every made towards me or my business. It really resonated with me because I teach women how to build their online empires which is essentially, their own economy!

Think about that for a moment. 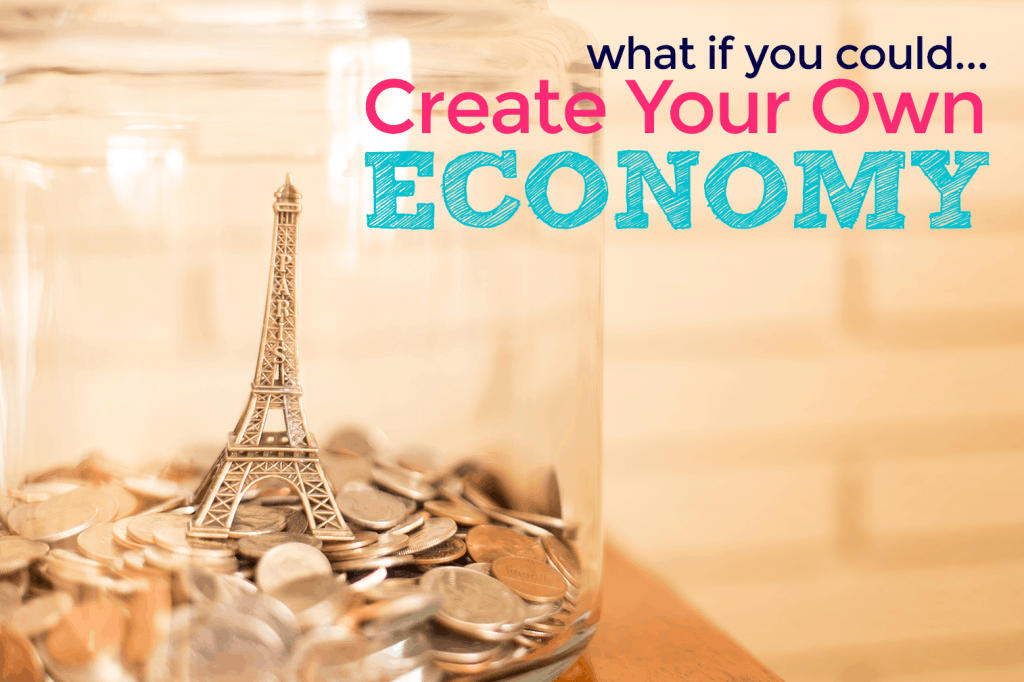 Thanks to Google, this is what an economy is { loosely interpreted definitions }:

What if you could create a business that allowed you to…

In other words, I truly believe Hilary was saying that if you teach a woman to “fish”, she’ll build and create her own economy. Her own sustainable empire.

Teaching a woman how to fish to build their own business allows them the freedom to create something bigger than they could have originally imaged and is covered in love, passion, sweat, and tears. A business thats allow them to travel the world enriching their lives and families. A business that allows them to make money while they sleep. And probably more than they were earning in their job before starting their business.

Women who are creating their own economy or empire, you call it what you will. Either way, they are the Queen. The President. The Empress of their Economy. I am the President of MY Economy and so are YOU!

We are celebrating YOU in the new year as a Wonder Woman.  A woman who is creating your own economy with your business.A woman is ready to take on the new season of business.

How powerful is that when you think about it in perspective with your business and 2016?

Your economy can be whatever you want it. Small or Big. Local, National, or International. You get to decide what your economy looks like.

With only 2 more Fridays remaining in 2015, it’s time to get into the mindset you want to be in for the new year. I want to get you HYPED about creating your own economy. This time is like your pre-game pump-up.

Put on a good jam that will inspire you into the new year. If your hype is more about zen, find your favorite mindset meditation and sit with it.

Reaching your goals next year isn’t just about creating them. Start with the right, HYPED mindset.

YOU are creating Your Own Economy, this is no little feat.

In 20-16, I’m on a BIG mission to activate a new generation of entrepreneurial women who run their online businesses from anywhere in the world. Women who bust through stereotypes and break glass ceilings. All while showing the world who is boss.

And I’m not taking that mission lightly. This is the economy that I’m creating, what’s yours?